Committees for the Defense of the Revolution (CDR) constituted since its inception, the strong response of the Cuban people to state terrorism unleashed by the US government, the CIA and the Pentágonocontra Cuba.

Today, that party organized by blocks, areas, municipalities, provinces and nation, meets in its 133,000 cores to nearly eight million over 14 years old Cuban citizens, without distinction of sex, race or religion.

There was not a single historical event after his birth, where they have not participated outstandingly to demonstrate its potential.

In addition to mobilize the whole society in the task of defending the Revolution and the conquests of socialism, the CDR had, among other objectives, participation in the National Literacy Campaign and vaccinations against polio and other diseases.

At present, their participation is crucial to eradicating disease vectors, collect raw materials, clean and beautify neighborhoods, schools and social.

They provide care for children, the elderly, and electoral processes of People’s Power.

We are an organization that brings together the vast majority of the population over 14 who want to work for the benefit of the community. We are structured around the country, both in rural and urban areas. The CDR will constitute the basis of residence, in the cities of blocks or multifamily buildings and countryside from homes (farmhouses, bateyes).

There are about 122,000 CDR nationwide. The leaders of blocks of areas on this activity is entirely voluntary.

It is a nongovernmental organization that finances itself by listing its 8 million members. All persons holding responsibilities in the CDRs are proposed and democratically elected by the locals.

We were born on September 28, 1960 and are the cell area that channels the needs of the people, to defend the work that initiated the Revolution, women, men, seniors, students, workers, farmers, professionals, intellectuals, retired or homemakers .

Promoting human concern and welfare of the population have been prioritized objectives of the organization since its inception and have been successful. 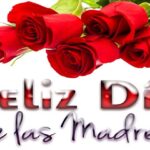 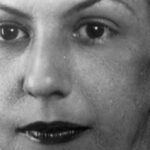