(Solvision) Between 24 and 26 March 2015, is currently visiting Cuba US government delegation, headed by Ambassador Daniel Sepulveda, Deputy Assistant Secretary of State and Coordinator for International Communications Policy and Information United States, and including officials from the Departments of State and Commerce, and the Federal Communications Commission, to exchange with Cuban authorities on telecommunications.

The visitors were received by Deputy Minister of the Ministry of Communications, Jorge Luis Perdomo Di-Lella, accompanied by officials of the agency and the Ministries of Foreign Affairs and Foreign Trade and Foreign Investment.

During the meeting, the Cuban side provided the US visitors information and cyber security policy computerization of the country. He also exchanged on the scope of the new regulations issued by the US government to implement the modifications to the embargo on telecommunications and restrictions that are still in force, which prevent normal relations between the two countries in this sphere.

The US delegation was well received by the Ministries of Foreign Affairs and Foreign Trade and Foreign Investment, and visited the Empresa de Telecomunicaciones de Cuba, ETECSA; the University of Information Science, UCI; and Polytechnic Institute 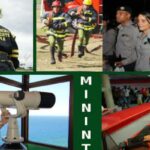 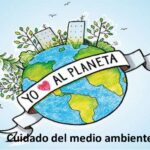